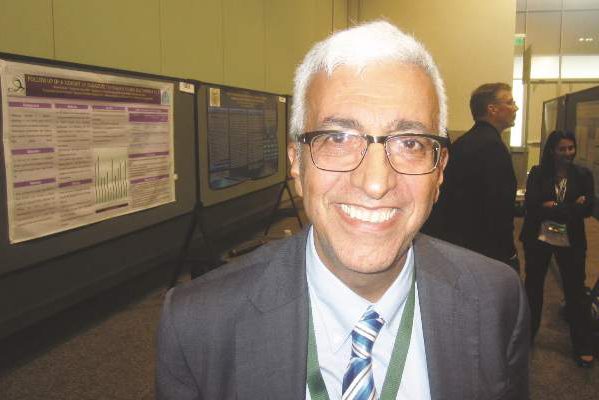 NASHVILLE, TENN.– You might want to discourage your patients with Hashimoto’s thyroiditis from using artificial sweeteners, according to investigators from Mount Sinai Hospital in New York.

They found that of 100 patients with antibody-confirmed Hashimoto’s thyroiditis (HT), 53 reported using the equivalent of 3.5 packets of artificial sweetener per day – mostly aspartame (Equal, NutraSweet) or sucralose (Splenda) – as estimated from a questionnaire about their daily intake of sugar-free foods. The investigators also found a weak but significant correlation between daily consumption of sugar substitutes and elevated levels of TSH (r = 0.23, P = 0.05).

They checked those results against 125 controls who were referred for Hashimoto’s work up but turned out to be antibody negative; 15 (12%) regularly used artificial sweeteners, 110 (88%) did not.

Perhaps artificial sweeteners, which are widely used in diet soda, yogurt, gum, ice cream, and other products, somehow amp up the immune system to attack the thyroid in some people. “I think there is something to this,” said lead investigator Dr. Issac Sachmechi, an associate professor of medicine, endocrinology, diabetes, and bone disease at Mount Sinai.

“When patients come to me for Hashimoto’s and I diagnose them, I ask them if they use artificial sweeteners. If they do, I mention this study and highly suggest they stop using them,” he said at the annual meeting of the American Association of Clinical Endocrinologists.

So far, three have taken his advice. Two had a complete reversal of disease, going from antibody positive to antibody negative and no longer needing thyroid replacements. Quitting artificial sweeteners had no effect on the third person. Her mother also had autoimmune thyroiditis, so perhaps there was a genetic component that went beyond any possible impact of artificial sweeteners, Dr. Sachmechi said.

The link, however, is far from proven; spontaneous remission has been reported before in the medical literature. Dr. Sachmechi said he plans to continue looking into the issue.

There is, however, biological plausibility for a connection. Aspartame, for instance, is metabolized to formaldehyde, which has been associated with type 4 delayed hypersensitivity reactions. There’s also been suggestions that sucralose may have negative effects on the thymus and spleen, and possible associations with autoimmune disorders, Dr. Sachmechi said.
The idea to look into the issue came “about 3 years ago, when I got a consult from a neurologist about a young woman with paresthesia. He looked at her thyroid function, and her TSH was elevated, so he sent her to me. I put her on Synthroid, 125 mcg. During her follow up, I saw that her requirement for Synthroid was going down, and eventually I had to stop it. I asked her if she was doing anything differently, and she told me she had read that artificial sweeteners may actually cause weight gain, so she stopped them to lose weight.” That was the only change, Dr. Sachmechi said.

There was no outside funding for the work and Dr. Sachmechi had no relevant disclosures.
aotto@frontlinemedcom.com